Error: Node Sass does not yet support your current environment: OS X 64-bit with Unsupported runtime (88) 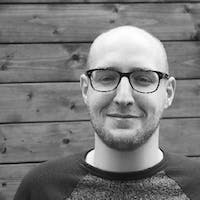 I've recently been intrigued by reveal.js , an open source HTML presentation framework, and decided to use it for an ongoing project.

It's really easy to get up and running, however I did run in to an issue with node-sass, a dependency of gulp-sass after using the recommended setup method, so here is my fix...

Hopefully, this issue wont be about for much longer, as there is already an open PR for gulp-sass to use sass instead.